Why Do Chickens Fart? The Ultimate Guide To Stop The Smell

Animals farting is a serious topic, humorous, and actually very interesting as most pet owners are interested to know why their animals or birds do this and in most cases how to prevent it and if it is normal for their animals to fart.

Honestly speaking, farting is a biological and natural occurrence that happens during the digestive process of most animals. Some animals are not included in this process, however often a question arises in our mind that “do chickens fart”?

Chickens do fart and it’s not an abnormal and unexpected occurrence. Therefore it shouldn’t cause you much concern. Typically a chicken fart is a healthy occurrence and for the most part, it is the ultimate result of the digestive process. However, especially if your chickens have foul-smelling farts then this shows a digestive problem. The issue may occur due to an underlying health condition or specific food sources and it would require to be looked into.

If you have observed your chicken’s farting (or they never farting for that matter) then we are going to explain what key things to look out for, the reason behind your chicken’s fart, and even ways to minimize the fart smell as this could be an unpleasant experience at the time of your egg collection and it can’t be denied! 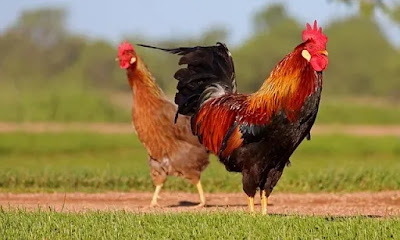 Yes, chickens do fart. You might be surprised to hear this sound and this may be obvious. As chickens have intestines and they digest food, they are just likely to pass gas.

You’ll frequently notice if you own a dog that they fart either by hearing it or, rather, unfortunately and silently smelling it! However, the main thing is that you are likely to spend maximum time around a dog than you spend time with your chickens. Therefore the fart of a chicken definitely could come as a surprise to you.

One thing is worth pointing out that a chicken’s digestive system and its biology are similar in nature and behavior to other mammals. However, it is not so large. When a chicken does fart, therefore, it is a very less frequent occurrence. If a chicken is farting with a particularly bad smell or with regularity, it’s an indication that you should get them checked out by a vet expert.

The fact is that chickens are omnivores. It means they can eat anything that they come across in the form of food.

This is giving them a healthy and balanced diet and perfect for variety. However, it’s also a major reason why chickens fart.

Why Do Chickens Fart

Farting can happen for so many reasons. It is a natural outcome of a healthy digestive system. Chickens are similar to humans in terms of this process:

·         During drinking or eating air has been swallowed and this will pass through the intestines of chickens resulting in a fart (if you observe closely air bubbles in chicken’s poop which is a sign of swallowed air).

·         If an internal reaction occurs with food and bacteria that is being digested can create a gas reaction.

·         When carbohydrate-rich foods aren’t digested fully (undigested carbohydrates), they will be broken down into hydrogen and carbon dioxide, which may result in farting.

This process is almost similar to humans. Though in general, you can study that Healthline lists exact causes of farting in humans, our digestive system is relatively complex so you can think of the digestive system of a chicken and reasons for farting as a scaled-down version of humans.

The digestive process itself is one of the major causes of farting in chickens and you might be wondering whether any specific food choices and the diet of your chicken as a whole is resulting in more frequent farts (or foul-smelling).

On a primary level, during the digestive process, food sources like legumes, dairy, and fibrous green vegetables have more probability to cause gas in chickens. Typically these types of foods cause gaseous exchange in the intestines and for most mammals, this will result in farting.

However, on a particular level, studies show that there are a lot of specific foods which result in more potent farts in chickens than other birds or animals (yes, actually people are studying what kind of foods cause the most foul-smelling farts and why chickens fart).

Canola seeds and soybean are the key culprits which are high in amino acids and sulfur and it tends to cause the worst smelling farts in your chickens.

We would suggest looking into your current feed brand. You should see if it includes these essential ingredients and if so, it is likely time to switch your feed brands.

How to Stop the Smell

Unfortunately, there is no way to completely stop a fart smell; it’s the combination of environmental factors and digestive gases which are just not under the control of a chicken owner.

It doesn’t mean that there is no way to reduce the fart smell though and the following are some key points you can use to reduce foul-smelling farts made by your domestic chicken:

·         Farts are unpredictable. Your chicken’s fart scent can vary greatly. Only because you’ve smelled one specific bad fart does not necessarily mean you have to move to take extreme measures, it’s just through frequently bad occurrences which you have to start to take some action.

·         If you are observing some specific bad farts in your particular coop or chicken, the first action you should take is diet analysis. Always Use high-quality chicken feed. Ensure that the diet doesn’t contain canola seeds or soybeans in your chicken feed. Be aware of legumes, dairy, and fibrous green vegetables consumed in high amounts.

·         bad-smelling farts could be a key symptom of an issue with a chicken’s intestines or digestion. It’s best to seek medical help in these cases as an expert vet could uncover an underlying medical problem.

Farts are harmless, natural, and will often smell to varying degrees in the majority of the cases. It’s only when you notice particularly or frequently bad-smelling farts that you’d require to employ a few of the above-mentioned tips.

Actually, this is not the table-friendly or most pleasant topic of conversation. However, it can’t be denied that this is an incredibly interesting subject which millions of people have secretly searched for out of general randomness and intrigue.

Here, therefore we wanted to provide a straight answer that chickens do indeed fart. It’s not likely to be a general or frequent occurrence. However if your chicken’s fart does become foul-smelling and/or frequent, it could typically be an indication of health or digestive issues, and also it may indicate that you should seek medical advice from an expert vet.

It’s actually an amusing topic by knowing that chickens do fart and a fun fact to have in a chicken owner’s arsenal. However, remember that it could be a good sign of potential issues or digestive health.

When possible, Cage Heaven uses affiliate links (at no additional cost to you). Being a participant in the Amazon Services LLC Associates Program and different affiliated websites, we earn fees through qualifying purchases.